No one has been particularly great apart from Selby, all of them are missing easy shots, but some of the woman did make some good clutch visits at crucial times.

On Yee and Reanne seemed to have stood out the most, as expected.

Not the brightest bunch attending either, that 50 minute frame was missed by nearly a third of the crowd because they were in the bar

Ron vs Selby is always interesting even though its not 1 vs 1 here.

Should see a bit more today.

Might purchase some Ronnie T-shirts today, they have some good ones in.

Best of 7 final is a bit crappy, but then I guess the rate of the matches so far it might still work out if it goes close.

Rebecca has a unique mannerism around the table, she moves around a lot and does this thing where she looks over the table on tiptoes, I found it quite endearing personally, and she always seems chirpy.

I think she’s better than the performance she's put in so far, and has potted some good balls.

Wildey wrote:It was asking a lot for the Women to shine in this sort of company

I don’t think they’ve gone unnoticed, On Yee competing with Selby in the safety yesterday was particularly impressive and some of them did pot some great balls.

TheRocket wrote:From the male players Selby seems to be the most match sharpest. Probably practiced a lot for this. Ron,Trump and Robbo look a little bit rusty. And basicially thats been the difference.

The women competed pretty good in the safety department but they are just too far behind in the scoring department. And they miss too many sitters.

Although Ron did look very good after losing the opening frame this evening, and Reanne made a good break in the last.

Selby/Kenna are assured of a Final place I think, so Ronnie will probably have to win his final group match 4-0 or 3-1, depends how Trump's team fares against Robbo's.

That century from Ron could be huge in the end with it going to highest break if frame scores are tired.

mantorok wrote:Rebecca has a unique mannerism around the table, she moves around a lot and does this thing where she looks over the table on tiptoes, I found it quite endearing personally, and she always seems chirpy.

Her and Selby seem to get on well. I know from her Twitter that the two have been practicing together and have been putting the hours in for this. She wasn't great yesterday but readily admitted in her post-match interview that the nerves were getting to her.

Also, was surprised to see that they've got four referees for this event (Tatiana, Brendan, Rob and Desislava). Would have thought two would suffice, three at the most.

The level of women is incredibly high, it seems that 2 of them will reach the final !!!

Reg Varney wrote:Also, was surprised to see that they've got four referees for this event (Tatiana, Brendan, Rob and Desislava). Would have thought two would suffice, three at the most. 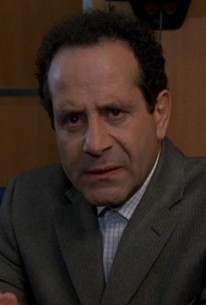 Wildey wrote:It was asking a lot for the Women to shine in this sort of company

Possibly true. But I am not sure that was the entire intent.

Obviously, it would be brilliant if the women came out and were making total clearances. But I don't see that as being the point.

The point is how often do women get on the main TV channel? I don't mean Discovery+ I am talking about on a TV channel that somebody might channel surf on.

I saw the Mixed Doubles mentioned on the BBC News this morning. That doesn't get done very often with the women's game. The women's competitions are often played in the back rooms of pubs. No the BBC is mentioning them.

Look at the recent women's football success. A lot of people watched the Euros on TV. The stadiums wwre fall for the England games. Even Old Trafford and Wembley. Do you think that happened overnight? They've been pushing the women's football on TV for at least a decade.

This tournament isn't just to promote the four women that have entered it. It's aimed at the young girls that might never have seen women play snooker on TV before, let alone on a major channel like ITV1.

Nobody is saying that this tournament means a Reanne Evans vs Rebecca Kenna match next week would sell out the Ally Pally. It's more trying to get young girls playing. Maybe influence more female players to be here in 10 or 20 years.

Think of it like Dennis Taylor and Steve Davis playing an exhibition in the late 80s in China. They didn't see the benefit of creating the interest at the time. But in 2003 a 16 year old called Sing Junhui entered the tour.

Sad times. But you'll get to like his new assistant. Despite an awkward first episode.

Personally I thought Ng and Reanne shone brighter than their partners in the afternoon.

Mink and Rebecca have struggled. But so have Robbo and Judd apart from the occasional frame.

Having that stuck in my head all afternoon os just wjat I wanted.

I like this Carling advert where this lad goes for a snake hiss when the football is on, and his mates pretend there's been a goal.

Aaaah! WHY ARE YOU STILL ALIVE?

Come on Judd and On Yee

Do the winner of this qualify for the CoC?

TheRocket wrote:Do the winner of this qualify for the CoC?

I wondered that yesterday. Not sure.

That hammer in the crowd with the singlasses ...


Yates, for bucks sake. Who do you think?