WHEN WE WAS FAB 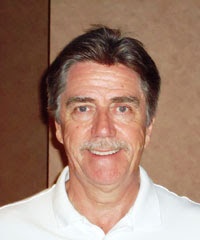 The forthcoming World Seniors Championship marks the return to action of one of snooker’s all time legends.

Cliff Thorburn became the first non-British player to win the World Championship in 1980.

Three years later he meticulously compiled the Crucible’s first 147 break, providing the slow build up of tension that made it so compelling that all those calling for shot clocks in the championship would do well to consider.

Snooker’s pulling power has always been the slow burning drama it creates and the characters that create it. Few have burned the midnight oil with as much regularity as Thorburn.

He emerged from the tough, uncompromising North American snooker and pool scene and headed for the UK at a time where there was little money to be made but a sense that snooker was about to become something big.

Thorburn – the original ‘Grinder’ – was among the pioneers from that golden period when the game rocketed from sub culture to the most popular sport on television, making household names of a generation of waistcoated men who filled the late night schedules potting balls through a sea of cigarette smoke.

John Spencer beat Thorburn in the first world final staged at Sheffield’s Crucible Theatre in 1977 as the snooker boom began to take hold.

At that time there was a holy trinity of Canadian players, each larger than life. There was the young, good looking pin-up Kirk Stevens, the gargantuan heavy drinking Bill Werbeniuk and Thorburn, moustachioed like Tom Selleck in Magnum and about as hard a matchplayer as the game has ever seen.

BBC coverage of his World Championship victory in 1980 was interrupted by news reports from the besieged Iranian embassy in London, which was being stormed by the SAS. Angry viewers rang in demanding to be returned to Thorburn’s epic battle with Alex Higgins, which he won 18-16.

This victory helped propel him to the world no.1 spot but while both these fine achievements are well remembered in Canada, British audiences instead seem to hold his 147 in higher esteem.

Perhaps this was because of the drama and novelty of the moment, easier to recall than a whole match or position on a ranking list.

Thorburn famously began his maximum with a fluke, proving it’s not getting the luck that matters but what you do with it.

Those closing moments are deeply embedded in the DNA of professional snooker...Werbeniuk peering round the partition between tables, Jack Karnehm’s ‘good luck, mate,’ Thorburn potting the black and sinking to his knees, then being hugged by Werbeniuk and his opponent, Terry Griffiths, before collecting his fag packet and giving a final double fisted salute.

Shatteringly, this all time high was punctured almost immediately backstage when he phoned home to tell his wife, Barbara, only to be informed she had suffered a miscarriage.

Thorburn would go on to be one of the 1980s very best players. He won the Wembley Masters three times and provided TV audiences with many a late night: that battle with Griffiths didn’t end until 3.51am, Thorburn winning 13-12.

As with all the greats, decline took hold, not helped by a sighting problem. His last appearance at the Crucible came in 1994 when he led Nigel Bond 9-2 in the first round and lost 10-9.

He may well still have won had the match not been pulled off at 9-7. The intervening hours gave him perhaps too much time to fret about snatching defeat from the jaws of victory and this is what duly happened.

Still a big name in Canada, Cliff is about as classy a guy as you could meet. He is still immaculately turned out and it’s not hard to see why he was for so many years the housewives favourite, even if his style of play does not exactly place him alongside the flair players.

And he wasn’t squeaky clean. He was once banned for testing positive for cocaine, although this was a rare slip from a career marked by professionalism.

Thorburn is responsible for one of my favourite anecdotes from the qualifiers – which I’ll clean up here. It was right at the end of his career when he was losing all the time. After one such defeat an eager fan rushed up to him and proceeded to painstakingly detail just exactly where he was going wrong. Thorburn listened for a minute or so and then turned to the guy and said, deadpan, ‘excuse me, but I think you’re confusing me with someone who gives a damn.’

He is a regular visitor to the Crucible for each World Championship where the fans still flock to one of the game’s most recognisable figures.

I remember being in the official tournament hotel a few years ago where some – let’s be honest – drunk blokes were playing pool. The chalk had gone missing so one of them approached Cliff to see if he had any, as if he carries some round in case of emergencies.

He will be an asset to the World Seniors Championship, which will be staged at the Cedar Court Hotel, Bradford, from November 5 to 7. His game isn’t anywhere near what it was but you can bet he will be trying hard and will be good value off table.

Cliff Thorburn was one of snooker’s flag bearers from an age where the sun always seemed to shine on a sport awash with money, beating off sponsors and broadcasters and pulling in viewers by the many millions.

Dark clouds of mismanagement soon dimmed the honeymoon as the game lost its essential innocence but our affection for the cast of characters from that time remains and the World Seniors will be a chance to see some of them tackle players who took up snooker in their wake.

I was thinking of going to the World Seniors but the layout of dinner tables has put me off. Whose idea was that?

eirebilly wrote:Cliff is definately one of my favourites from back in the day and he still has the style now

have you shaken Cliffs hand

Sonny wrote:I was thinking of going to the World Seniors but the layout of dinner tables has put me off. Whose idea was that?

I think they are trying to turn it into some sort of black-tie, posh dinner event. I'd rather get a bag of chips beforehand, and go round.

Sonny wrote:I was thinking of going to the World Seniors but the layout of dinner tables has put me off. Whose idea was that?

I think they are trying to turn it into some sort of black-tie, posh dinner event. I'd rather get a bag of chips beforehand, and go round.

Bag of Chips a mars bar and a can of coke

Have you shaken Cliffs hand