Consider the table conditions to be whatever conditions would have the least impact on the result. 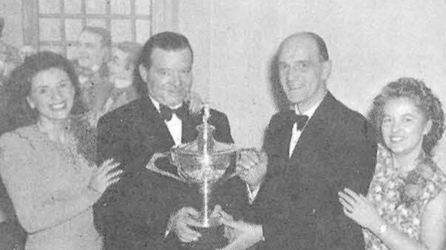 Here's Walter receiving the World Championship trophy in 1947 from the retired champion, Joe Davis. Joe looks as though he doesn't want to let go of it.

Here's the score card for the first of Donaldson's two World Championship wins. He also won in 1950 and was runner-up six times.


Note. This is not an official score sheet. It is constructed from newspaper reports, hence not all breaks over 40 are shown. Some days, only the frame scores were shown - no breaks. 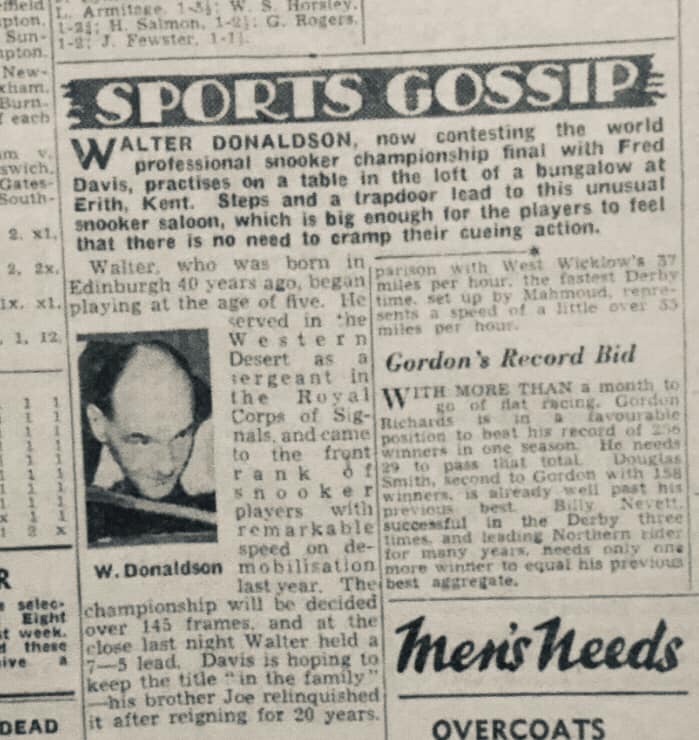 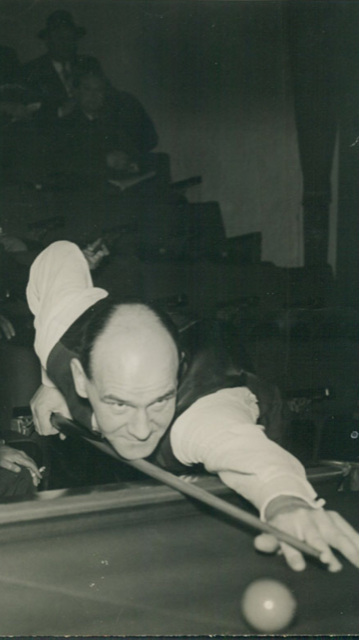 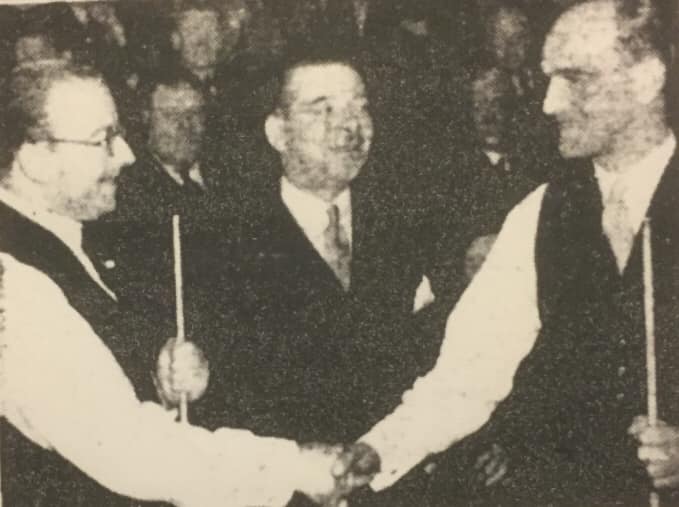 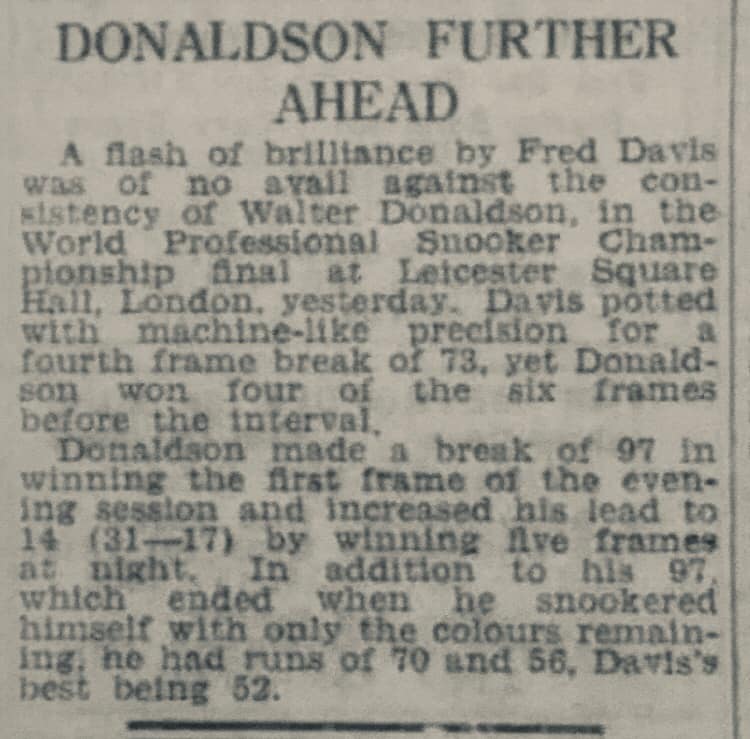 I bet Joe was giving Fred grief during that match

Dan-cat wrote:I misread this as Scott Donaldson and I was about go all LDS on your a*s

Apparently, Joe didn't actually attend many sessions. Fred always said Joe never really gave him much encouragement at all, even as a boy.


Fred learned from this defeat and discovered that the only way to beat Donaldson was to play him at his own game - by not taking any undue risks. Because Fred generally scored the heavier of the two, Walter was forced then into pushing the boat out himself to get in. In 1947, Fred had taken chances and paid the price. It was effective but not pretty - the 1948 final and subsequent years tended to be dour affairs, with long bouts of safety dictating the play - frequently a six frame session went into three hours duration.