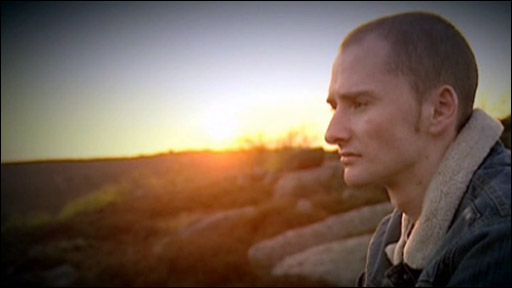 Former world champion Graeme Dott hopes those at the centre of the latest match-fixing scandal to rock snooker will be cleared of any wrong doing.

Three-time world champion John Higgins and manager Pat Mooney are the subject of an investigation into allegations they were prepared to throw frames.

"It's hard to comment on it with an investigation ongoing," Dott told BBC Scotland's Sports Monthly.

"Hopefully, when it comes through, both parties will be found innocent."

Dott's good friend Higgins has been suspended from all tournaments pending the outcome of the investigation, having been filmed by the News of the World apparently agreeing to take a £261,000 bribe to lose frames in a future contest in Ukraine.

Mooney, who has since lost Dott as a client, immediately resigned from the board of the World Professional Billiards and Snooker Association (WPBSA).

Higgins insists he did nothing wrong and has vowed to clear his name.

The story broke on the morning of this year's World Championship final, which Dott lost 18-13 to Australia's Neil Robertson.

And the Glaswegian, who won the tournament in 2006, agrees the revelations overshadowed what should have been snookers' biggest moment of the year.

"It did, but then, if it was a better final, people may would have spoken about it (the match) more," said Dott.

"I was obviously amazed the same as any other player when I heard.

"The only difference was I had the final of the world championships to play in."

The match-fixing allegations could not have come at a worse time for snooker.

The 2010 World Championships were the first since World Snooker chairman Barry Hearn announced his plans to reinvent a sport that has been struggling to capture the public interest of years gone by.

It also overshadowed a remarkable comeback for Dott, who has overcome the depths of depression to return to the table.

"I couldn't do anything - I didn't want to do anything," said the 33-year-old, reflecting on his battle with the illness.

"I just wanted to sit by myself and fester. It was horrible, horrible.

"You see people you know in the street and you don't want to talk to them, so you just avoid your friends."

Dott's depression was brought on by the death of his manager and father-in-law not long after he became world champion.

It got so bad that he contemplated suicide.

Dott is now fully recovered and has got his appetite back for snooker.

And the excellent form that took him to the final at the Crucible suggests better times ahead at a time when the sport is crying out for positive stories.

You can see more on Graeme Dott's story on Sports Monthly, 26 May on BBC2 Scotland at 1930 BST.

Re: Dott hopes to see Higgins cleared of bribery claims

Thumbs up to Dott. Its about time more high profile players show there support in this matter. And also it is great to see Dott overcoming his depression and returning to form, i would love to see Dott pick up a ranking event next season. COME ON DOTT!!!

Re: Dott hopes to see Higgins cleared of bribery claims

Dott did not show support he was only hoping like all snooker lovers should Higgins and mooney for that matter is cleared.

i cant believe some people are actually reveling in this and almost wishing Higgins guilty.