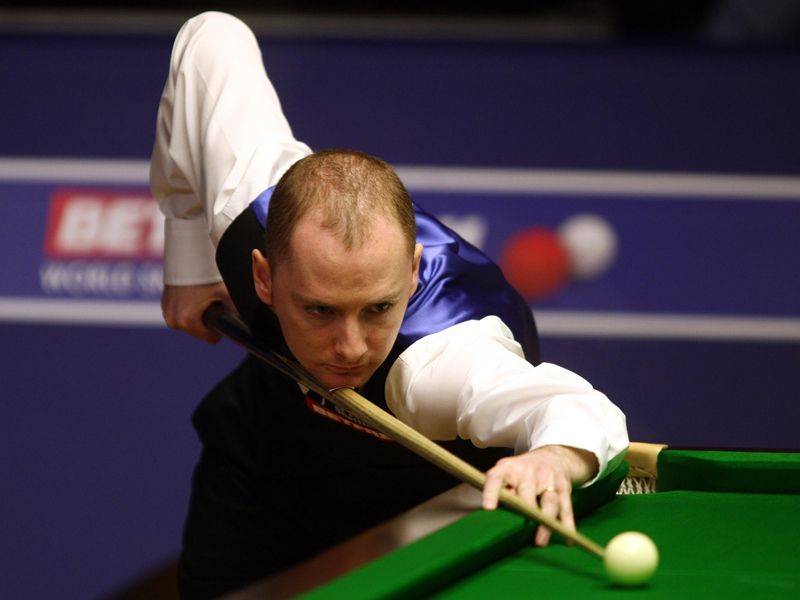 Dott: Nervy qualifiers
It's the worst match anyone can play in. I won't feel happy if I win - just relieved. If you lose that match it kills you.


Former world champion Graeme Dott is dreading the thought of not making it through to the Crucible this year, as he faces a nervy qualifying match in Sheffield next month.

The 32-year-old Scot lifted the World Championship trophy in 2006 with an 18-14 victory over Pete Ebdon, and missing out on the tournament altogether this year is unthinkable.

Dott has played at the Crucible since 2000 and made the 2004 final before winning the lot two years later, but a drop out of the top 16 means he is now at the mercy of the qualifiers.

After going 16 months without winning a ranking event match, Dott made the last 16 at the Welsh Open and will hope his form can take him through the qualifying stage in Sheffield next month.

"It's the worst match anyone can play in," Dott said. "I won't feel happy if I win - just relieved.

"It will probably be a very tough match, especially as I've not played in the qualifiers for quite a few years."

The Pocket Dynamo is not the only former champion now being forced to qualify the hard way, with Steve Davis, Jimmy White, Ken Doherty and John Parrott all playing in the qualifiers, which run from February 26 to March 9 at the English Institute of Sport in Sheffield.

The likes of Judd Trump and Liang Wenbo will both also be fighting for a place at the Crucible.

"I've never been to the qualifying venue in Sheffield, not even to watch, so I'm not sure what it's like," Dott added.

"Unless Daniel Wells or David Gray get through from the first round, I'm due to play either Andy Hicks or Jimmy Michie. They are both very hard opponents. It doesn't really matter who you play, you just have to deal with the pressure.

"If you lose that match it kills you. Especially if you have already qualified for China, it must be heart-breaking to go out there and know you are not going to be at Sheffield."

Dott, who is currently sitting in 20th in the provisional rankings, added: "I'm doing ok so far this season. I'm still a fair way off the top 16, but I'd love to get back in there so I don't have to go through the qualifiers next season."

"I'm doing ok so far this season. I'm still a fair way off the top 16, but I'd love to get back in there so I don't have to go through the qualifiers next season."

With that at the back of his mind, that will be his main motivator & I'd expect him to be sleeping on the table he'll be practicing that much. Good Luck to him.

He should look at it from the point of view that whoever he plays will be thinking "rubbish, I've got to get past Dott". You get the feeling he doesn't think like that though.

Dott's major obstacle is himself...

at his best he had heart he had the fighting spirit able to slug it out to the death however recently if he is struggling he gives up and folds.